​Is my self-observation a window on myself?

​Is my self-observation a window on myself?

For some time now my time has been my own.  To the extent that my urges of love or indifference allow, I spend it doing what, when I was young, we called “doing whatever I feel like”.

Lately, however, I have been learning to control my urges and mastering the “truth” of my desires.  If I did not do it, I would lose the freedom of my ‘I’ and become trapped in the realm of my ego.  I am not a professor in these subjects but what I want to say, because it is how I understand it, is that I am free to perceive and to be aware of what ‘I’ perceive and feel.  The ‘I’ is not governed by imitating or pursuing anyone else in order to satisfy the ego.  On the contrary, it is the ego that is a thinker ruled by memories, desires, fear, habits, tedium and anxiety; sometimes full of knowledge, beliefs and vanity, it is a brain that has no consciousness and acts to satisfy itself.   Even its personal motivation is provided by its ability to think.  What it perceives is what it has stored in its memories.  It does not act in accordance with reality, but in line with its ideologies, principles and values, although they cannot always be called values.

The ego believes it knows itself and normally it is extremely satisfied because it believes that it behaves in the same way as most of the people with whom it lives.  For the ego the prevailing inequality in today’s culture is not something that repels it.  My life is the only life, and this is normally demonstrated by my behaviour.  Other people might just as well not exist if that is what they decide.  The window through which the ego views the world normally might just as well have its curtains drawn because it does not allow the present reality to enter.

Things should be as they were and have always been. There are no changes and none are needed.  ‘I’ on the other hand, has been able to perceive its freedom to exist and understand its essence, its reason for being, it appreciates its freedom and is interested in life, its own and every other manifestation of life.  This perception has only been possible because it has learnt to observe itself, that is, it has opened the window to observe itself, where all the wisdom it needs exists in order to continue being free and completely alive.   There is no other place in the universe that shelters us, where we can practise a full life, just by being ourselves, unique and irreplaceable. 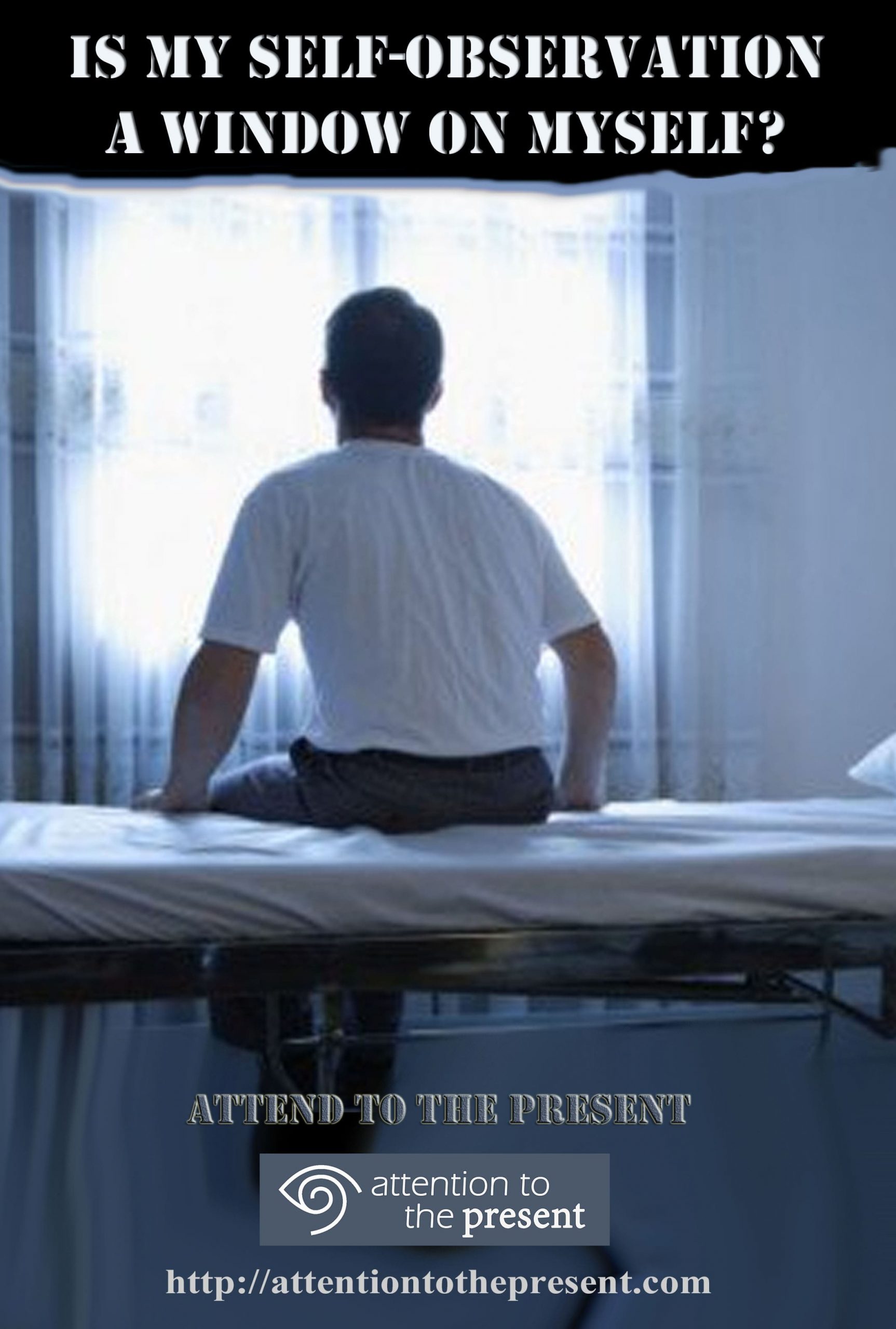