Beliefs shape mental patterns. Some beliefs may help us and others may limit us and hem us in. Despite this, a belief is no more than a thought that we have assumed is true.
Normally we have or we have been convinced that we are a certain way or that people or society or the world are a particular way, or about right and wrong. We accept it for various reasons but there is no doubt that if we break the bounds that are beliefs have imposed on us, we will feel bad, guilty, and if it is someone else who breaks them, we will probably be angry. If I believe that I must be good, well behaved, efficient or responsible so that others are pleased with me, I am likely to behave accordingly even if it causes me certain internal conflicts. Sometimes we are slightly conscious of these conflicts, like when I feel bad or overwhelmed or pressured. However, I do not usually realise why such things happen to me and that ignorance possibly makes me blame others for my malaise: that is, people take advantage of me; they believe I am a slave, I have to do everything. I will complain about others, without being aware of the belief I have and that underlies my ultimate behaviour.
This is a modern tale inspired by real scientific experiments about the cultural acquisition of a specific learned response. This tale is quite illuminating about how we acquire certain behaviours that we incorporate into our lives without any questioning.
On a certain occasion the following behavioural experiment was carried out. 6 monkeys were put into a cage, in the centre of which there was a ladder that allowed them to reach a bunch of bananas that hung from the ceiling. As soon as one of the monkeys tried to reach the bananas, all of them were sprayed with icy water which made it give up its attempt. This process was repeated whenever the monkeys tried to reach the bananas. Finally when one of the monkeys was trying to reach the bananas it was its own companions that tried to prevent it from approaching the ladder by dint of blows until the monkey gave up its attempt.
Once it reached this stage, they took one of the monkeys out of the cage and introduced another one that evidently had not previously participated in the experiment. Shortly after entering the cage, the monkey tries to climb up the ladder to eat the bananas, but as soon as it approaches the ladder, its companions attack it with blows because of the possibility of an icy shower. The new monkey does not understand anything, but after a few attempts it realises that it cannot approach the bananas unless it wishes to be beaten up.
At that moment, another of the monkeys that started the experiment is taken out of the cage and another one is introduced that does not have any knowledge of the way it works either. In the same way as in the previous example, the monkey attempts to grab the bananas and each time it tries, all its companions in the cage throw themselves on top of it to prevent it from doing so.
The curious point is that the monkey that was introduced part way through the experiment and that has no experience of having been sprayed with icy water also participates in the aggression without knowing why.
For him, it is simply forbidden to approach the ladder.
Gradually all the monkeys that started the experiment are replaced with others that have never experienced a time when they have been sprayed with icy water.
When the last monkey in the cage is replaced, the behaviour of the monkeys continues in the same way, shortly after the new monkey tries to approach the ladder it is beaten up by its companions even though, when this moment comes, none of them know why as none of them has ever been sprayed with icy water.
A norm has been established: “It is forbidden to climb the ladder and anyone who tries it exposes themselves to repression on the part of the rest of the group.” To escape from our automatic behaviour, it is highly recommended that we observe, examine and question our beliefs and what we say with conviction is “how things should be” or “the right behaviour” etc. It may be that these beliefs and learnt behaviours are constraining us or rarefying our relationships or the way in which we view the world in which we live. We like to feel that what we believe is true, but what we believe also conceals the wider reality from us that we refuse to see or accept, because it does not fit with our beliefs. The defence of beliefs has generated and does generate huge calamities for mankind.
It is better to be aware of what we believe! 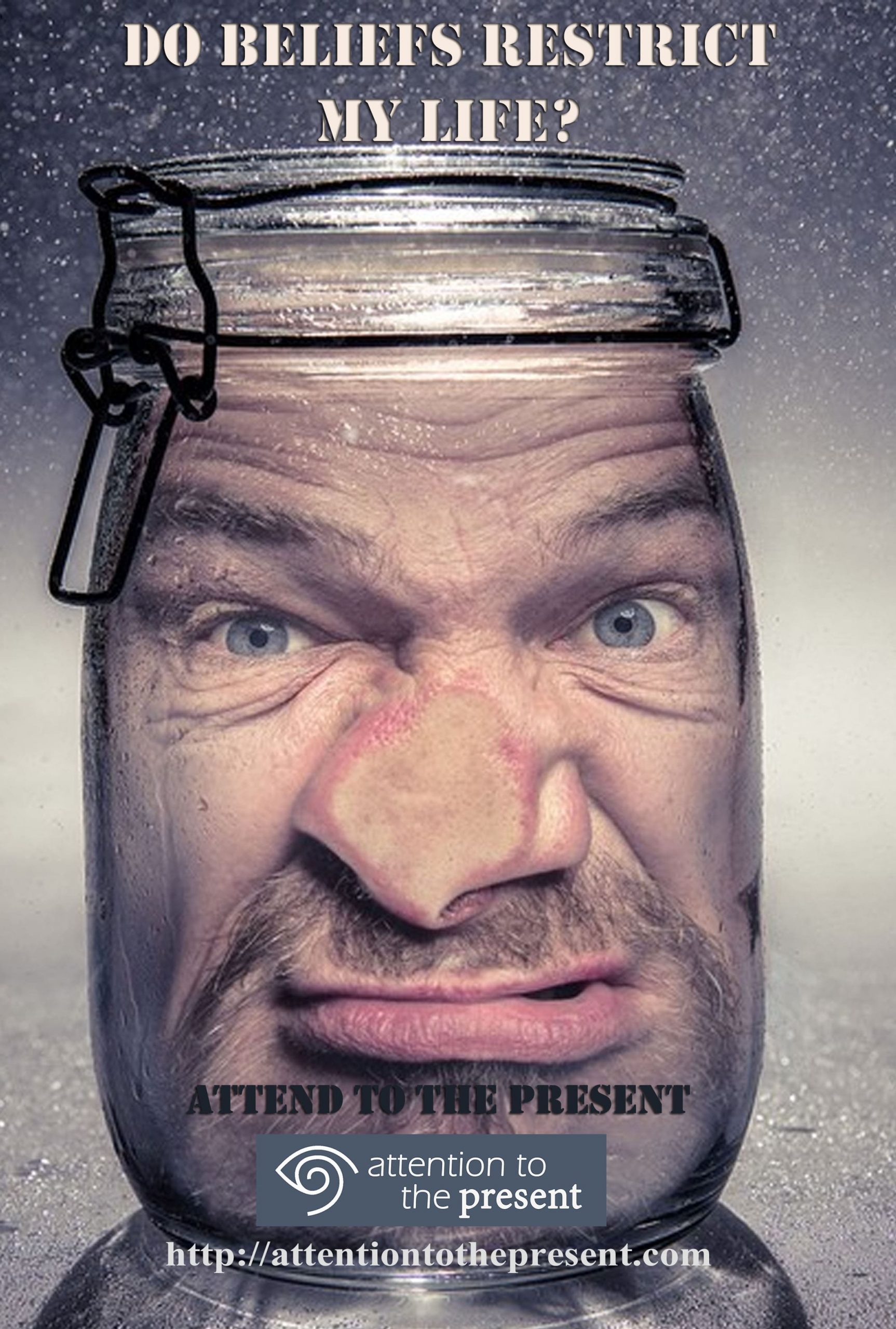