Do I live adjusting life’s reality to my beliefs?

Do I live adjusting life’s reality to my beliefs?

Is reality something objective? What I believe of reality is what it really is? If this were true, we all would see the same about the same events, the same situations, and the same people. The events would be, in that case, something independent from me. They are what they are, and that’s how I see them. We normally believe it is like that. Which is why we don’t doubt what we perceive and think, because we believe that what we’re seeing and our thoughts and beliefs, are the exact reflection of reality itself.

There’s another possibility, though: our thoughts and beliefs influence or distort reality and make a personal interpretation of reality. If the latter is right, then what we call reality is not objective, it’s just an interpretation of events.

Let’s say that someone tells me there’s a murderer in the city, then every time I walk by the park near my house, when I come back home after work in the evenings, and see something move, I will immediately remember what I was told. I would react with fear, my heart will beat faster and I will get away from the park. If I hadn’t been thinking about the murderer, I wouldn’t have reacted in that way. What is the difference between my daily walking by the park and that time I believed it could the murderer? Well, it is precisely that… what I believed.

Our beliefs make us react in a particular way. Some of our beliefs are easy to see, like the murderer one, but others of which we have no conscience. Some of them are very old and we learnt them in our childhood, without realizing. Others, old or not, are related to what I believe about myself or other people, depending on the personal interpretations of my experiences. If a boy/girlfriend whom I believed betrayed me, I can generalize that belief to any other boy/girlfriend I could have in the future and I will act with distrust or I will simply avoid having another boy/girlfriend even. The repetition of these negative thoughts will make me believe that reality is what I have felt and I can conclude that men and women only seek their own interests, and do not deserve your trust. That belief will be confused with reality.

This is how we generate beliefs about everything: young people, old people, parents, children, teachers, bosses, neighbors, politicians, and the world in general… and some beliefs will take me nearer to reality, while others will take me apart. However, it is I, with my thoughts and fears, the one who creates the reality I see. I see it according to who I am.

You don’t have to believe that this is true. You can observe your beliefs and examine them inside you to see if they’re valid and true. Maybe you will discover something. Beliefs create a personal and narrow reality, even if you think is comfortable. 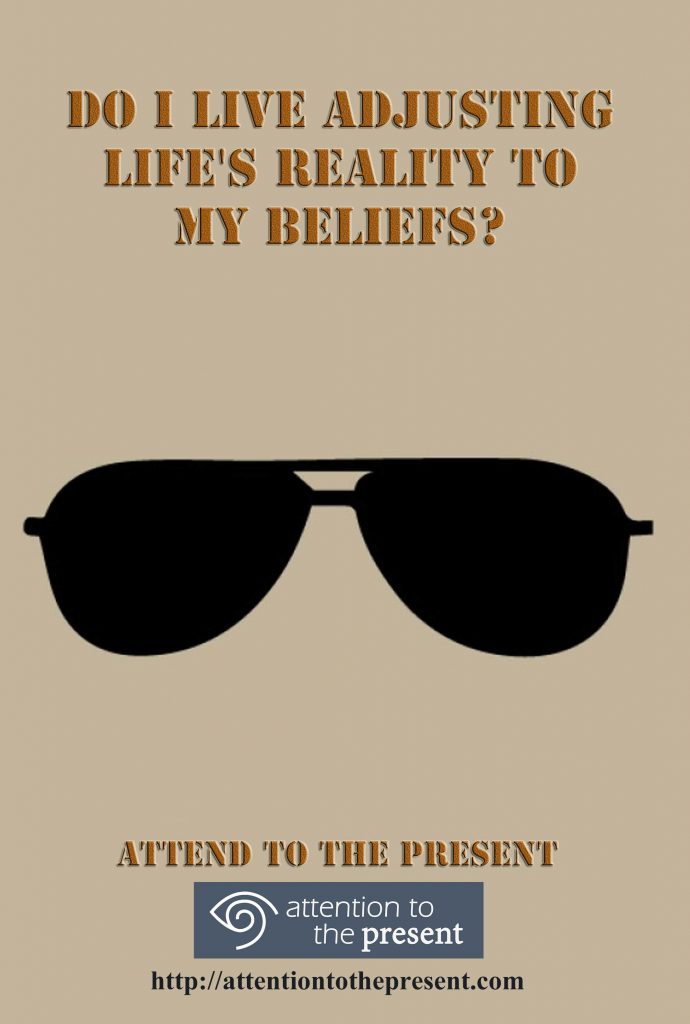 Our website shows contents in Spanish that we are still translating.
We are very sorry for the inconvenience.
Present Attention Team