Does my appropriation of the truth reveal the insecurity that arises from my lack of awareness?

Does my appropriation of the truth reveal the insecurity that arises from my lack of awareness?

The universe and life are issues that are so complex that it seems that we do not have the intellectual capacity to fully comprehend the reality of which we form part.  It is true that some scientists have progressed sufficiently to presume to formulate theories about this reality, but just about the nature of what we are physically and of the most powerful forcesthat affect our existence in the universe.  Part of all this, which explains how we are made and how these forces act, may be called truth.

But all the rest of reality has remained in the hands of people who interpret facts and circumstances without understanding them precisely and instead reacting as a result of the need to control groups of human beings and to be sure of dominating them.  In other words, our reality, beyond the physical and chemical aspects of the body, is totally unknown.  Beliefs and philosophies are none other than an attempt to explain what some believe about the reality of what our existence is like.  All cultures have invented their own religions and philosophies depending on how difficult it is to control people in order to bring about an acceptable form of conduct.

Maintaining order and obedience among people was the great objective.

Therefore it was necessary to invent physical punishments and fears about the future.

The great truth about the most important aspect of the life of a human being is completely unknown.  We should not forget that we do not know what we are doing here or whether our lives have some meaning beyond that of chance which applies to every other phenomenon in the universe.

Our ignorance covers all of those aspects that relate to ourselves as human beings and our reason for existing; how to find meaning in life; avoid hate and violence between us and, ultimately, how we should ensure that the Earth makes it possible for the development of human life as a Whole in the future.  The truth about what we call politics, religion, ecology, philosophy, justice, development, humanity and equality is completely unknown to us.  And we constantly demonstrate the insecurity that we feel in the face of this ignorance.

Nobody is the possessor of this truth, to a greater or lesser extent this insecurity is revealed through attitudes that seek to persuade us with words or weapons that the truth lies with them. 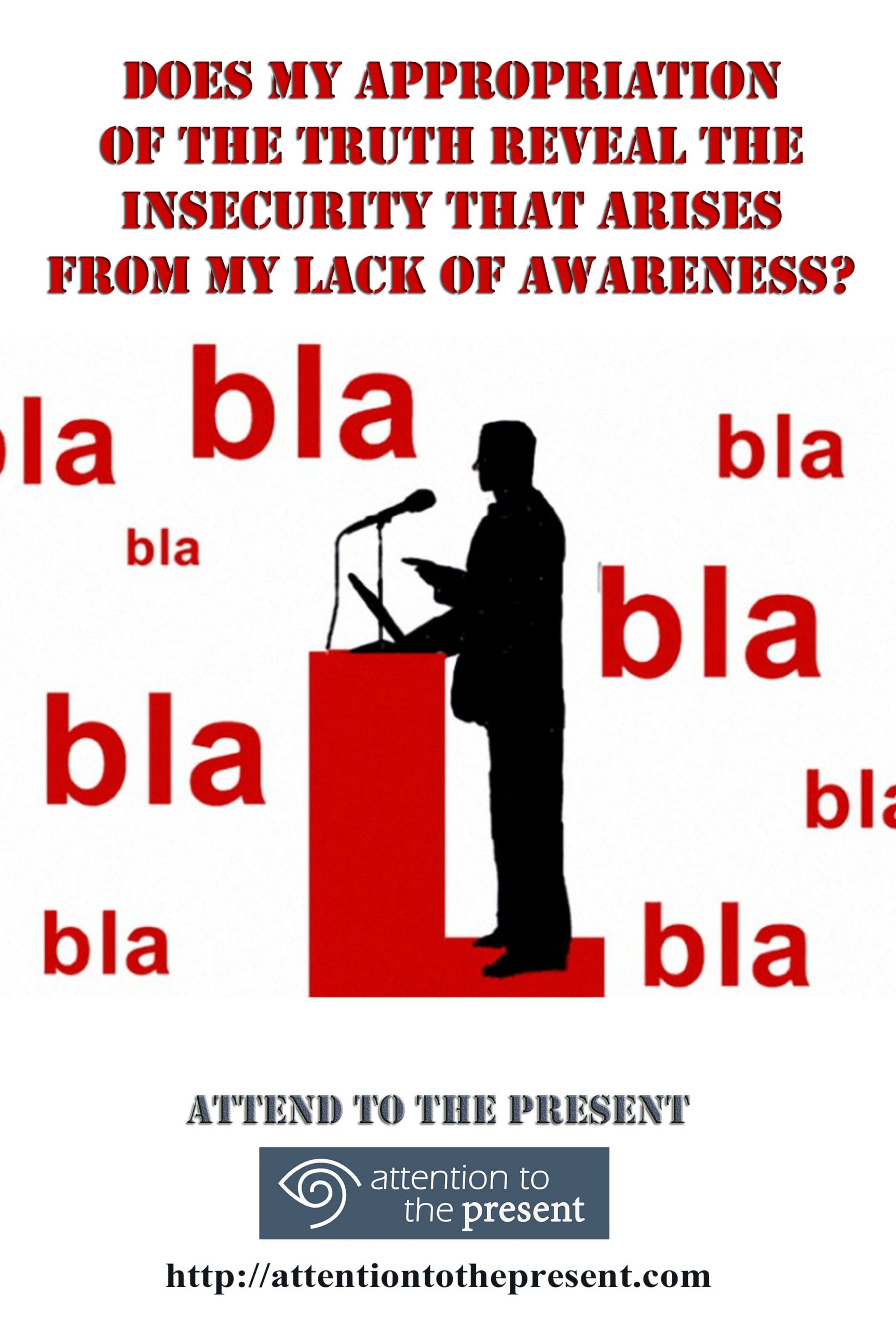